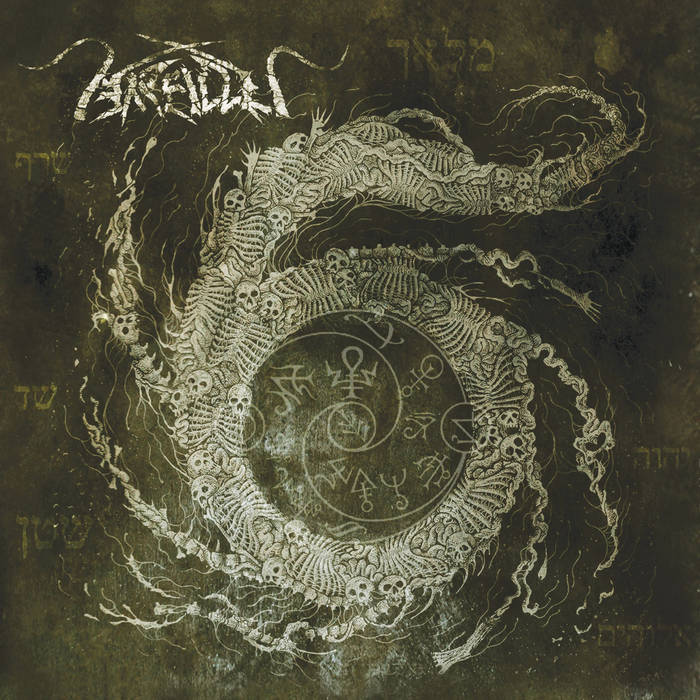 endlagerinsight1717 I have to check the lyrics still, but cool sound and whose congregations confessions.. .

Vercilm90 tight and brutal, can't wait for this. I'm gonna turn it up and smash shit. Favorite track: Oiled Machine of Hate.

Master of Muppets The blackened death album you've been waiting for. All the heaviness and hatred of the genre that you know and love, taken to new heights with Middle Eastern instrumentation and a seriously excellent sense of song structure. More adulation plus free Disney references here:
www.angrymetalguy.com/arallu-six-review/ Favorite track: Only One Truth.

The Pit of the Damned

ARALLU from Israel are imbibing their Middle-Eastern influences and channeling the same using the black metal template that they've been trying to perfect for over two decades. Not unlike their label mates in RUDRA, they're forging a unique sound replete with traditional instruments like Saz and Darbuka, and exhibiting a penchant for the thrashy variant of the style. Faster, tighter and more potent than ever before, 'Six' bears the insignia of the band's progress over the years and their culmination in a release that might change their fortunes finally.


- "fascinatingly different" - NO CLEAN SINGING (US)


- "“Six” has a well defined, attractive sound to it" - HEAD-BANGER
REVIEWS (US)


- "a major milestone for the band" - TWO GUYS METAL REVIEWS (US)

Bandcamp Daily  your guide to the world of Bandcamp

Guest hosted by Tamar Osbourn aka Collocutor and Toshio Matsuura.